The opening lines of The Truth-Teller’s Lie are in the form of a letter to a survivor’s website, signed NJ.

We soon learn that the writer is Naomi Jenkins, and some time before, she was raped in a particularly cruel way. And she never reported it.

But now her life is all about a man named Robert Haworth, whom she met a while after the rape, and whom she didn’t tell about her experience. But he meets her every Thursday in a motel where they went the first time they were together. He is obsessive, loves his routines, and talks about leaving his wife.

But then one Thursday he doesn’t show up, and because of his habits, Naomi is convinced that something has happened to him. When she reports his “missing” status to the police, she can tell they won’t make the search for him a priority. So she tells a lie. One that will guarantee action on their part.

Our favorite detectives from the previous novel, Charlie Zailer and Simon Waterhouse, are on the case, especially now due to the lie. And the truth of what happened to Robert, and many more hidden truths, will cause everything to unravel.

I loved the multiple narrators, beginning with Naomi, in her first person voice, and with her quirky tendency to address Robert as “you,” when voicing her thoughts. In the third person perspective, we learn what several of the other characters are thinking and feeling, from Charlie, Simon, Olivia (Charlie’s sister), to Juliet, Robert’s wife.

The complexity of the plot kept me fully engaged, and like most books by this author, there are plenty of creepy aspects, as well as the usual twists and turns that take us to interesting places.

I also enjoyed learning more about sundials, which Naomi creates. This book was also sold under the title “Hurting Distance,” which has significance for some of the characters. 4.5 stars. 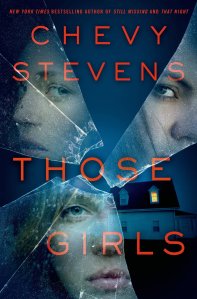 The three sisters were bound together by the cruelty of the life they lived, with an alcoholic father who turned violent and often went missing, and without their mother who had died years before.  They were often lonely on the remote farm in Western Canada, but they found comfort in each other.

One night, their father turned on them while drunk and things got out of hand.  They ran, knowing that they would face even more trouble if they stayed.

On the way to Vancouver, their destination, their truck broke down outside a small town called Cash Creek, and when two young men offered help, they were reluctant.  But went along, to their great remorse afterwards.  What happened to them in those five days would inform the rest of their lives.

They escaped, they took on new identities with the help of a kind man who ran the pub, and made new lives in Vancouver.  But eighteen years later, everything goes wrong, and they are face-to-face with their past again.

Dani, Courtney, and Jess Campbell—who became Dallas, Crystal, and Jamie Caldwell—were characters that grabbed hold of my heart and made me want to root for them.  Their vulnerability, mixed with the strength of their fierce protectiveness of one another, kept me glued to the pages, wondering how they would be forced to confront their past and how they would come out the other end…or if they would.

Jamie’s daughter Skylar is an interesting addition to the cast of original characters, and her story is equally compelling.  Those Girls was narrated by each in turn, with the first part in Jess/Jamie’s voice, followed by Skylar’s voice.  At the end, we finally hear Dani/Dallas’s voice, and feel, along with her, the anger, frustration, and helplessness…and then the peace that comes with some kind of resolution. 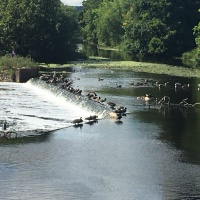