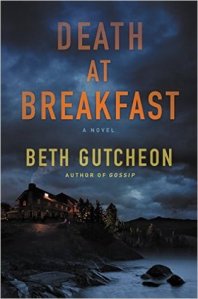 When Maggie Detweiler and Hope Babbin arrive at the Oquossoc Mountain Inn set in Bergen, Maine, they are eager to begin the master cooking class offered.

Maggie had recently retired from her position as the head of a private school, and Hope was financially secure.

Almost immediately, we meet staff, guests, and assorted individuals that populate the town and work the inn, so it felt as though the reader has joined the melee surrounding a busy, yet charming retreat.

When a wealthy and imposing man, his wife, and his sister-in-law arrive, the setting turns chaotic. Alexander Antippas is one of those annoying people who expects to be waited upon and kowtowed to, as this has apparently been his experience for many years. Further, he is famous by virtue of his daughter Artemis, and basks in the glow of her celebrity. Right away, however, some staff react against his behavior, thus earning the label “rude,” and one of them, a young girl named Cherry, is fired shortly afterwards.

An inn swarming with guests, some of whom are unpleasant, and a few accompanied by yapping dogs, seems to be the perfect cauldron for brewing up disaster. A middle of the night fire turns deadly, and within hours, the state police, brushing aside the assistance of local law enforcement, including Buster Babbin, Hope’s son, rush in and hurry to judgment.

Why is Shep Gordon, the blustering state police officer in such a hurry to make his arrest, ignoring anything but the conclusions he has reached, partially due to his own feelings about the individual? What do Maggie and Hope do to bring some real evidence forward? How does Alexander Antippas’s past figure into what happened to him?

Death at Breakfast is the first in a series of new mysteries that will feature the two women stirring up the clues they find wherever they go. I always enjoy books by Gutcheon, and this one is a delightful new beginning. My only complaint: there were so many characters that I had a hard time sifting through them by the end. 4 stars. 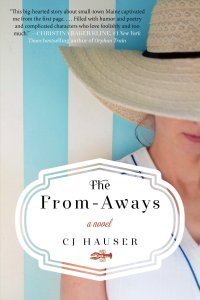 Leah meets Henry in New York, but falls for him because of his oddities, as well as the stories he tells about his childhood in Maine. They marry too quickly, before they really know each other. Will they realize that they have nothing in common?

Quinn has been the caretaker during her mother’s illness, so when she dies, there is a void. Her mother’s last request is that she go to Menamon, Maine, to try to find the folk-singer father who abandoned them. Scrappy and smart-mouthed, Quinn gets a job at the local paper, an apartment above the town diner, and tries to shore up the courage to meet her father. But falling in love with her roommate, Rosie, was never part of the plan.

In alternating chapters, we follow Leah’s and Quinn’s first-person narratives, and learn each woman’s thoughts and feelings. Of the two, I liked Leah the best, as Quinn seemed too impulsive and careless, rushing blindly into all kinds of situations. Her girlfriend Rosie, was similar and before either of them could realize the extent of their poor choices, it would be too late.

A news story that is likely to divide the town further brings the two young women together on a hot-button issue. How can these two outsiders fit in? Will their pursuit of the perfect topic alter their position in the town? Will Leah’s marriage fall apart?

The From-Aways: A Novel is an engaging tale about small-town life…specifically, small-town life in a fisherman’s paradise. It is about people not wanting their town to change; people who love everything the way it has always been. When outsiders force changes on them, there will be hell to pay. 4.0 stars. 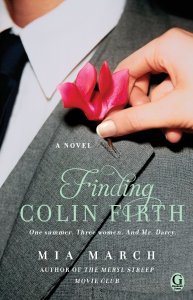 It would be a life-changing summer in Boothbay Harbor, Maine, for the three women whose lives are at a turning point.

Bea is in search of her birth mother; Gemma, newly pregnant, is hoping to figure out how to overcome the differences between herself and her husband Alexander; and Veronica, who has returned to Boothbay Harbor after many years away, hopes to face up to and confront the pain of the past.

And in the middle of it all, a movie starring Colin Firth is in production.

How will the women find what they are seeking? Will they realize how their lives can move forward in spite of their issues? And what will Colin Firth add to the mix…if anything?

I loved the stories that featured the perspectives of the three women, and felt as though they were friends with whom I would like to sit and enjoy coffee and pie. Veronica is the cozy foodie who bakes magically healing “elixir pies.” Bea is surprisingly open in her quest for her birth mother. And Gemma is someone to whom many women can relate, with her journey toward finding out how to combine motherhood and work, and where to begin the new life. Finding Colin Firth: A Novel was really about each woman’s search for something missing in her life, or something that requires change.

The Three Captains’ Inn, where Gemma stays with old friends June and Isabel, took me back to The Meryl Streep Movie Club…where the same inn is at the heart of that story. It was great to revisit these characters, and see how the new ones connected. Movie nights were also a feature in this story, with Colin Firth films spotlighted that month. A feel good story that earned 4 stars. 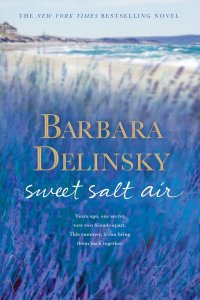 Charlotte and Nicole were once the best of friends, spending summers together in Nicole’s coastal island house off of Maine. But many years, and many secrets, have kept the women apart. A successful travel writer, single Charlotte lives on the road, while Nicole, a food blogger, keeps house in Philadelphia with her surgeon-husband, Julian. When Nicole is commissioned to write a book about island food, she invites her old friend Charlotte back to Quinnipeague, for a final summer, to help. Outgoing and passionate, Charlotte has a gift for talking to people and making friends, and Nicole could use her expertise for interviews with locals. Missing a genuine connection, Charlotte agrees.

When Charlotte agrees to join her best friend Nicole for a summer on Quinnipeague, the island in Maine that was their favorite vacation spot for years, she is filled with trepidation.  For she hasn’t seen Nicole for ten years, and the underlying betrayal that has increased her feeling of distance from her friend is not enough to keep her away.  But Nicole, a blogger with a huge following, wants to write the cookbook and needs Charlotte’s help with the interviews.  Nicole has her own secret, one she has kept for four years.  Will she be able to share it with Charlotte?  Will she feel as though she is betraying her husband Julian?

Will the friendship bonds help them traverse the distance between them?  What will the summer bring?

Herbs and other island productions will be the centerpiece of the book, along with Nicole’s menus and presentations.

On the island lies Cecily’s Garden, as well.  A mystical presence, the woman’s herbs have a huge following of their own.  Will her mysterious son Leo allow them to photograph the gardens?  How will Charlotte connect with Leo and why does she keep coming back to him?  What is his secret and how will it impact the budding relationship?

I loved how the author showcased the foods, the herbs, and the island ambience…so much so that I could literally feel myself transported there.  I could definitely smell the Sweet Salt Air.  The revelation of the secrets was well-paced,  and even though part of Charlotte’s secret came out fairly soon to the reader, the rest of it was unexpected.  And the consequences of that one act of betrayal would have an unexpected outcome.

My feeling of connection to the characters alternated, as sometimes I was annoyed beyond words with Nicole and her little-girl voice and attitudes.  Charlotte had her negative qualities, too, but in the end, she was the one I could most relate to.  4.5 stars.

From the very first page until the last, I could not stop reading this wonderfully vivid family drama. We meet each of the characters, one by one, in individual chapters devoted to them. In the first one, we meet Alice Kelleher, the matriarch, whose story really begins in a childhood filled with her father’s rages and her desire to escape. We then come to know, gradually, over the unfolding chapters in which she stars, about the loss of her sister Mary while they were on the cusp of their young adulthood, and how that moment informs the rest of her life.

Alice’s husband Daniel has been dead for ten years at the beginning of the story, and during the aftermath of that loss, she has been estranged from Kathleen, her oldest and Daniel’s favorite. Alice’s bitterness over this favoritism colors their relationship. But Kathleen, sober for twenty years, is happily ensconced in worm farming in the Napa-Sonoma Valley of California, with her recovering alcoholic partner Arlo. Her daughter and eldest child Maggie lives in New York enjoying the writer’s life, but struggling with her relationships. Something happens before that final summer of this story that will change everything for her.

Second daughter Clare is absent from the story, except as described by the others. Her absence says a lot about her relationship to the others.

Patrick, the youngest and only son, is visible through the eyes of his mother, sister, and wife. He is an “entitled” man who cannot believe that life isn’t always going to go his way.

In the summers, each family member descends upon the beach house and cottage in Maine, land that Daniel won in a card game. The subsequent cottage and then larger home came later. But the Kelleher family considers this their vacation home. They almost take it for granted, even as they meticulously divide up their time there. Each sibling has a month during the summer to really enjoy their “tenancy” there.

But what happens during this last summer in Maine that will change everything? What event for which Alice has decided to do penance will finally bring the lot of them into conflict and change their lives forever? Seeing how this conflict comes to a head and also visualizing it from each point of view brought forth the most palpable realization that, while family bonds are strong, they are also fragile. What connects family members is not always enough to withstand these tests. But maybe, despite their differences, this big Irish Catholic family, whose religion is another bond that sustains, even as it sometimes divides them, will find the key to what defines and ultimately saves them.

I loved the colorful characters and their stories in Maine. From the war torn years to the present, the effects of time and loss upon a family felt like something that could have happened in my own family. I could feel the tensions as the conflict built between the family members—and then, in one moment, see how forgiveness can transcend the pettiness. Even as I kept turning pages to see what would happen next, I also felt the sadness, the loss, as I knew that my time with the Kellehers would soon end. Five stars! 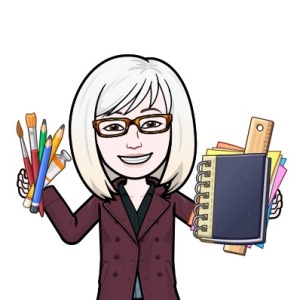