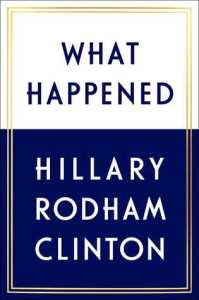 In this “candid and blackly funny” (The New York Times) memoir, Hillary Rodham Clinton reveals what she was thinking and feeling during one of the most controversial and unpredictable presidential elections in history. She takes us inside the intense personal experience of becoming the first woman nominated for president by a major party in an election marked by rage, sexism, exhilarating highs and infuriating lows, stranger-than-fiction twists, Russian interference, and an opponent who broke all the rules.

“At her most emotionally raw” (People), Hillary describes what it was like to run against Donald Trump, the mistakes she made, how she has coped with a shocking and devastating loss, and how she found the strength to pick herself back up afterward. She tells readers what it took to get back on her feet—the rituals, relationships, and reading that got her through, and what the experience has taught her about life. In this “feminist manifesto” (The New York Times), she speaks to the challenges of being a strong woman in the public eye, the criticism over her voice, age, and appearance, and the double standard confronting women in politics.

Offering a “bracing… guide to our political arena” (The Washington Post), What Happened lays out how the 2016 election was marked by an unprecedented assault on our democracy by a foreign adversary. By analyzing the evidence and connecting the dots, Hillary shows just how dangerous the forces are that shaped the outcome, and why Americans need to understand them to protect our values and our democracy in the future.

My Thoughts: What Happened offered a glimpse into the campaign and her life leading up to it; a look at HRC’s reaction afterwards; and some solutions about how to move forward despite the negative ramifications for the election.

HRC showed us that forces at work have played on people’s fears and anger, and how a candidate who provokes the darkest thoughts and feelings can appeal to those who are searching for ways to release those emotions.

Clinton also discussed in depth how the timing of the email controversy, which had turned out not to compromise security in any way, had gained so much importance in the media and critically affected how people viewed her actions. Comey’s announcement of continuing the investigation after he had initially closed it made the whole thing worse. And then, when he backtracked, that fact had little effect. By the same token, Comey’s failure to bring out the Russian interference in a timely matter allowed the election to proceed without giving the voters information that might have made a difference.

I came away from the book with an enhanced frustration about how we access information, and how we decide what and whom to believe when there are so many conflicting voices out there. Especially when there appears to be a concerted effort by some to make it harder for citizens to distinguish between truth and lies.

An excellent book that took me a few weeks to read, since I perused just a few chapters at a time. 5 stars.

20 thoughts on “REVIEW: WHAT HAPPENED, BY HILLARY RODHAM CLINTON” 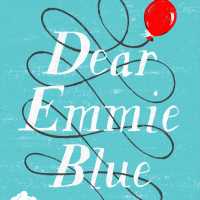