In Paris, at an exhibit celebrating Two-Hundred Years of Circus Magic, an old woman is searching a hiding place within a train car.

Flashback to 1940s Germany, and The Orphan’s Tale takes the reader through the alternating stories of two women: one, renamed Astrid Sorrell, a Jewish woman who was a member of a performing circus family, now lost to her; and the other, a young Dutch girl whose family cast her out when she got pregnant.

Their lives intertwine in a circus. The Dutch girl, Noa Weil, is found in the snow, almost frozen to death, clutching a young infant, whom she calls Theo. She told those who found her that he was her brother. She didn’t know them well enough to reveal how she came upon a boxcar of dying Jewish babies, and how she reached out to the one she could save.

Herr Neuhoff, the owner of a circus family, has taken in Astrid (formerly named Ingrid), whom he is protecting after her Nazi officer husband threw her out. He also takes in Noa, with the understanding that Astrid will train her to be an aerialist.

What an emotional tale! I loved getting to know Astrid and Noa, and watching the bonds between them develop and grow stronger. They seemed like enemies at first, and they certainly did not trust one another. But as they came to depend upon each other through their acts, they grew closer, finally beginning to share their secrets. Over the short time they were together in the circus, they faced constant and ever-present danger, never knowing when disaster would strike. The danger always hovered nearby from the Nazi officers, yet, despite it all, they held onto a little hope. Of somehow escaping, or finally discovering a way to have freedom in the circus world they had come to know and love.

Will Astrid finally find a way to escape? What about Noa, and her chance to be with Luc, the mayor’s son, with whom she has developed a connection? Will she take the chance, or will she cling to Astrid, whom she now has come to depend on? What about Theo? What surprising events transpire that will change everything?

Their sacrifices and bravery kept me turning the pages, wondering what would happen…and, ultimately, I wanted to know the identity of that old woman we met in the prologue, and what she was hoping to find in that train car? I cried as the story drew to a close, from sadness, and also from joy at the hard-won victories. Definitely a 5 star read for me.

10 thoughts on “REVIEW: THE ORPHAN’S TALE, BY PAM JENOFF” 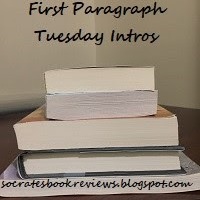