What if you spent every day on a commuter train, feeling the crush of other people, noticing how some do not give an inch, and you are constantly pushed and pulled? Zoe Walker’s life is like that, and she deals with it. But then one day, she starts to feel as though someone is watching her, then following her, and a series of strange incidences add to the alarm she is starting to feel. Like seeing her photo in the Gazette, next to an advert for a website.

Zoe, a London wife and mother, working every day at a job that she hates, could just be creating drama for herself, right? But then she begins to notice other photos that seem to be connected to other events that happen a few days later…like a murder, or an assault.

I See You is told by alternating characters: Zoe, in the first person narrative, and Kelly Swift, in a third person voice. Kelly is a police officer, especially assigned to transport, and happens to be the one Zoe calls when she begins to fear for her safety. Then there is a mysterious third narrator, the perpetrator, who “teases” us in every chapter.

The story captured me and kept me glued to the pages, and as more events happened, and strange coincidences began to suggest that something very evil was going on, I could not stop reading.

There were other secondary characters that drew me in, like Zoe’s children: Justin, 23, and Katie, 19. They had the usual annoying characteristics of young adults who think they know it all. Then there is Simon, Zoe’s partner, who seemed like someone with a lot of secrets. I wondered about all of them throughout the story.

Discovering what and who was behind it all did not grab me until the end was near…and then, I really hated how it unfolded. The story’s conclusion reminded me once again that you can never know who you can trust, and horror could lurk behind the most ordinary doors. Then, when all was said and done, and when I thought I knew everything, that third narrator popped up with a final reveal. Definitely a page-turner, and despite my feelings at the end, this one earned 4 stars.

13 thoughts on “REVIEW: I SEE YOU, BY CLAIRE MACKINTOSH” 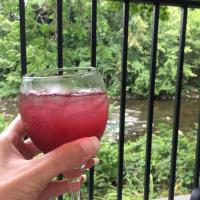 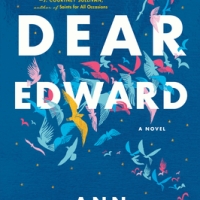