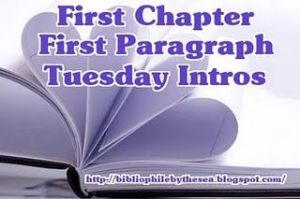 Welcome to another Tuesday celebrating bookish events, from Tuesday/First Chapter/Intros, hosted by Bibliophile by the Sea; and Teaser Tuesdays hosted by Should Be Reading.

Today I am spotlighting an ARC that I will probably start reading tomorrow.  It is from a new favorite author, Liane Moriarty…and I know that many of you will recognize it:  Big Little Lies.

Intro:  “That doesn’t sound like a school trivia night,” said Mrs. Patty Ponder to Marie Antoinette.  “That sounds like a riot.”

The cat didn’t respond.  She was dozing on the couch and found school trivia nights to be trivial.

“Not interested, eh?  Let them eat cake!  Is that what you’re thinking?  They do eat a lot of cake, don’t they?  All those cake stalls.  Goodness me.  Although I don’t think any of the mothers ever actually eat them.  They’re all so sleek and skinny, aren’t they?  Like you.”

Mrs. Ponder picked up her television remote and turned down the volume on Dancing with the Stars.  She’d turned it up loud earlier because of the sound of the heavy rain, but the rain had eased now.

She could hear people shouting.  Angry hollers crashed through the quiet, cold night air.  It was somehow hurtful for Mrs. Ponder to hear, as if all that rage were directed at her. (Mrs. Ponder had grown  up with an angry mother.)

Teaser:   Jane pulled up at a red light behind a big shiny SUV with its hazard lights blinking and watched a dark-haired woman hurry along the side of the road back to her car.  She wore a floaty blue summer dress and high strappy heels, and she smiled and waved apologetically, charmingly at Jane.  The morning sun caught one of her earrings, and it shone as if she’d been touched by something celestial.  (p. 13).

What’s indisputable is that someone is dead.
But who did what?
Big Little Lies follows three women, each at a crossroads:

Madeline is a force to be reckoned with. She’s funny and biting, passionate, she remembers everything and forgives no one. Her ex-husband and his yogi new wife have moved into her beloved beachside community, and their daughter is in the same kindergarten class as Madeline’s youngest (how is this possible?). And to top it all off, Madeline’s teenage daughter seems to be choosing Madeline’s ex-husband over her. (How. Is. This. Possible?).
Celeste is the kind of beautiful woman who makes the world stop and stare. While she may seem a bit flustered at times, who wouldn’t be, with those rambunctious twin boys? Now that the boys are starting school, Celeste and her husband look set to become the king and queen of the school parent body. But royalty often comes at a price, and Celeste is grappling with how much more she is willing to pay.
New to town, single mom Jane is so young that another mother mistakes her for the nanny. Jane is sad beyond her years and harbors secret doubts about her son. But why? While Madeline and Celeste soon take Jane under their wing, none of them realizes how the arrival of Jane and her inscrutable little boy will affect them all.
Big Little Lies is a brilliant take on ex-husbands and second wives, mothers and daughters, schoolyard scandal, and the dangerous little lies we tell ourselves just to survive.

***
I have been a fan of this author ever since I read The Husband’s Secret.  Now I must have every one of her books.  What do you think?  Did it grab you?  Would you keep reading?
***

48 thoughts on “CURL UP WITH INTROS/TEASERS – “BIG LITTLE LIES””